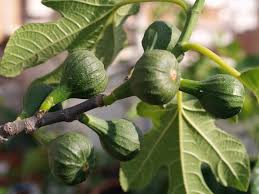 Bend Bulletin Thursday, Feb 18. “A Bend nurse wants to make sure that parents with babies in intensive care units receive emotional support and education outside the hospital, too. Those parents are at increased risk of post-traumatic stress disorder and depression, which can arise months after taking the baby home.”

Feb 18: “ President Barak Obama in his budget proposal released earlier this month dedicated more than $1 billion in new funding to opioid addiction treatment over the next two years….it appears the federal government is ramping up efforts on all fronts to combat a class of drugs that caused nearly 29,000 overdose deaths nationwide in 2014. Addiction treatment leaders in Oregon welcome the renewed focus on an issue that’s long devastated Oregonians, nearly 1 in 4 of whom received prescriptions for opioids in 2013.”

Bend Bulletin, Feb 26: “ A gunman armed with an ‘assault-style’ weapon drove through a south-central Kansas town Thursday, taking shots at people before storming the factory where he worked. Authorities said he killed three people and wounded 14 before being shot dead by an officer.”

Bend Bulletin, Feb 27: “Battles rage before Syrian cease-fire: ‘Let us pray that this works,’ UN envoy Staffan de Mistura said in Geneva, after meeting with representatives of the countries sponsoring the accord. ‘Because, frankly, this is the best opportunity we can imagine that the Syrian people have had over the last five years…to see…something related to peace.’”

The world hasn’t really changed all that much since the people in our reading this morning confront Jesus with the crucial question: do people bring on their own suffering by ignorance, false trust, wrong doing? Do bad things happen to good people just because, or do people earn their suffering? Jesus has a sharp answer: do you think that these people who died at the hands of the government deserved it because of their behavior? No way. But unless you turn to God, you too will be subject to bad things. Jesus has his own example, what about the tower collapsing on all those people? Did they deserve something worse than the people who weren’t there?

There is evil in this world, and no one is completely safe. Because we are human, and want only the good things to happen to us and to the people we love, we feel abandoned when life isn’t fair. And because we are human, we expect everything to be someone’s fault. So if something bad happens to you, it must be your fault, a punishment for your failure – your failure of faith, your failure of caution, your failure to be good enough. If something bad happens to me, it must be someone’s fault – the rotten contractor, the diagnostic test that wasn’t read correctly, or maybe God wasn’t paying attention to what I needed. We are quick to blame, and quick to assume that suffering is a punishment.

There’s a lot of bad theology out there that wants God to be punishing sinful people for disasters – Pat Robertson warning that “God is so angry about the Supreme Court’s gay marriage decision, that he deliberately waited for almost four months and then flooded South Carolina as a warning to the rest of us.” Said last October in the wake of the severe flooding in the Southwestern states. Jesus says no. That is not the way God works.

He tells a very different story. He tells the story of a man who has lost patience with his fig tree. It hasn’t delivered the good figs he expected, so it’s time to rip it out and throw it away. But the gardener urges patience and better cultivation. God’s grace is the gardener’s willingness to dig deeper and give the tree another chance. In the face of failure, God’s way is not to pounce in condemnation, but to continue to invite growth, to feed more deeply, to grant more time.

It’s important that we realize that we are in the 13th chapter of Luke’s Gospel. Jesus is on the road to Jerusalem, and to the cross. His death is the ultimate example of undeserved suffering. The powers of his day could no longer put up with his confrontation of their corruption of God’s message, political power grabs, and harassment of the people who needed the most help. And so they got rid of him. The message of God in Jesus is that God stands in solidarity with those who suffer, not that God punishes people for their failures. And the triumph of the resurrection is that God’s love is powerful enough to even overcome death.

The world we live in can be harsh and unforgiving. Bad things happen all the time, and it’s not fair. Jesus death on the cross tells us that God knows about suffering and pain and injustice. And the resurrection tells us that nothing that happens in our world is beyond God’s power to redeem, to turn to blessing. Let us comfort each other with the knowledge that we are never alone in our pain. God is always with us. God is with us in each other and what we do for each other. God is with us in what we do to alleviate the pain of the world. Let the grace of the Gardner give you hope in the face of evil and untimely death. Let the grace of the Gardner assure you of the love that never fails, even when you fail. Let the grace of the Gardner lead you even in the darkest days. Amen.

All are welcome to join us at worship. Sunday Mornings: Worship at 9:30 am with communion every week with the option of also with Zoom. We love to have babies and toddlers at worship, and the wiggles and noise delight us.  Little ones are welcome at Sunday School(not in the summer) if they are … END_OF_DOCUMENT_TOKEN_TO_BE_REPLACED