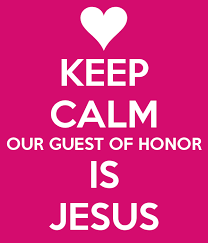 Let me just say that I don’t think I want to invite Jesus to dinner.  If he’s not giving advice on manners, he’s telling off the host for only inviting your friends.  Is there more to this strange story than meets the eye?  You bet.

First of all, it’s important to remember that Jesus is invited to dinner in a culture in which honor and shame dictate every move that people make.  It still exists to a large degree in some traditional cultures.  If you make a mistake or if something happens to you that causes dishonor to your family, your life is over.  So Jesus is not just asking the people at dinner who are choosing places of honor to be polite.  He is telling them to wake up to the realities of their station and that it’s never a mistake to start at the bottom and be invited to move up.  Even though it’s not exactly our culture, we can understand because we also live in a culture where everything is compared.  What you drive, how much you make, what kind of job you have, where you live…..we are all measured by those things whether we like it or not.  It’s because we live in a zero-sum world.  There’s only so much to go around – enough status, enough respect, enough notice.  If you are not getting enough respect, it means someone is getting more.

Advertising capitalizes on our fear that there will not be enough.  Our culture focuses on the scarcity of resources rather than the abundance.  Our economy tells us that if someone has more than you, it means that you have less than your share.  Their more means your less, because there is a limited amount of – money, organic veggies, prestige, whatever.  But Jesus wants to remind us of a different economy.  An economy in which there is an abundance, and we never have to fear that starting at the bottom means we be left out of something important.  In God’s economy, there is always more than enough for all – enough love, enough grace and forgiveness, and, yes, enough to eat and wear.  When things are given away they don’t draw down the total amount there is to give, they multiply the gifts that are available.

But the other part of the equation is the rest of Jesus’ story.  Taking care of our friends is not what God’s table is all about.  Being part of God’s economy means that we become part of how God multiplies what is needed in the world. What we have multiplies when it is put in the hands of those who are in need.  It multiplies because it extends God’s loving care to anxious people to bring them peace.  It multiplies because it gives them joy and a measure of security for themselves and their families. It multiplies because it gives you joy to be able to do something meaningful for another human being.  I have come to believe that when Jesus met the rich young ruler, and told him to sell all he had and give it to the poor and come and follow, that what he wanted the young man to experience was the joy that comes from being able to change the lives of people who otherwise would have no hope.  It is a glimpse of what God’s life is like.

Every Sunday night at Bethel Lutheran Church in Biloxi, we would welcome another group of 100 men and women who had come to rip apart and rebuild homes that had been destroyed by Hurricane Katrina.  Our site director would tell them that God had called them to come to Biloxi and that God would meet them every day in their work.  That it would change their lives.  So every night after devotions, there would be a chance to tell the group where you had met the face of God that day.  It was amazing.  Men who have never talked about their faith in their entire lives wept when they told their stories of the gratitude of the homeowners, and of the generosity of the people who had come to serve with them.  They saw the face of God in all of it.  It was hard to tell who had the most to be grateful for – those whose homes were being rebuilt or those who had come to rebuild them.  We saw it happen week after week.

Here’s the thing: We are the people who have been invited to God’s table, and none of us deserves it.  Not one of us.  It is only with love that God looks at us, and invites us to dinner at table with Jesus.  How could we possibly hoard such a treasure as God’s loving generosity to us? And what does God’s loving generosity include?  Do we get to measure out who can get married, who can get financial help, whose health is important, who is good enough to come to God’s table with us?  In our own manners, we portray what God’s table looks like and God’s purposes for the world we live in.  We place our ordinary lives into God’s kingdom when Jesus becomes our guest and our host.  The tables are turned, and we become the ones most blessed when we stop keeping score and let God’s generosity lead us.

All are welcome to join us at worship. Sunday Mornings: Worship at 9:30 am with communion every week with the option of also with Zoom. We love to have babies and toddlers at worship, and the wiggles and noise delight us.  Little ones are welcome at Sunday School(not in the summer) if they are … END_OF_DOCUMENT_TOKEN_TO_BE_REPLACED