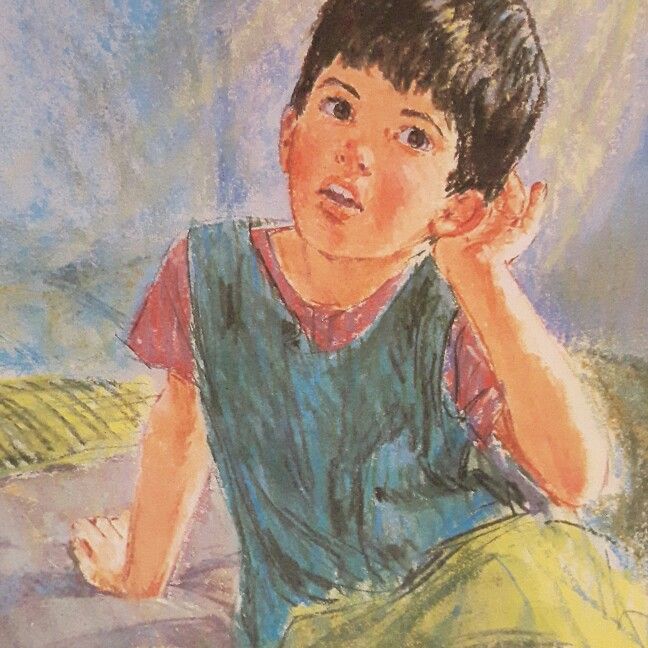 You can click on these links to read the texts in Oremus Bible Browser.

Despite our president’s alleged remarks giving us the perfect sermon illustration for Nathaniel’s stereotyping Jesus because of where he grew up, and how easy it is for us to make judgements about people we don’t really know, I want to talk about the Samuel story this morning.  It is one of my favorites, and I think it has something important to say to us in the age in which we live.

There’s a back story to today’s reading.  Maybe you remember about Hannah, his mother.  She was the beloved second wife of Elkanah, who was barren.  “The Lord had closed her womb” says the scripture.  It was a mark of shame, and Hannah suffered at the taunts of the first wife who had multiple children.  Hannah prayed so fervently in the temple for a son that Eli, the priest thought she was drunk.  When he realized how deep was her longing, he sent her home with a blessing.  “The Lord remembered Hannah,” says the story about the baby she conceived, the one she had promised to give back to God if God would grant her prayer.  Hannah’s praise of God when she brought her son to Shiloh to leave him with Eli sounds remarkably like Mary’s song of praise.  You can read it in the second chapter of 1 Samuel.  Mary knew it well enough to use it as a way praise God and to offer the vision of a new world about to come about because of her son.

Eli’s sons had taken over as the priests at Shiloh, the place where the Ark of the Covenant was in the Tabernacle.  They were corrupt and contemptible, and God had warned Eli that their disrespect of the sacrifices and the people who served at the temple would destroy them and end the tenure of Eli’s descendants as the priests.  “The word of the Lord was rare in those days; visions were not widespread.”

I think of our own times with competing versions of truth, competing factions, and divisions magnified by outrage and offense.   Our trust in our institutions has been violated often enough that it’s hard to know where to turn or what to depend on.

Into this comes this child, maybe 4 or 5 years old. His mother has brought him to Eli to be trained for God’s service.  He’s sleeping in the temple where the Ark of the LORD resides.  “The lamp of God had not yet gone out.”  A word in the dark: “Samuel! Samuel!”  Of course, the boy thought it was Eli, nearly blind, calling for help. So he runs to see what is needed.  But it was not Eli.  As the boy nods off to sleep again: “Samuel! Samuel!”  Again, it was not Eli.  “Now Samuel did not yet know the LORD and the word of the LORD had not yet been revealed to him.”  But Eli finally got it. There was a day when Eli had heard God’s call.   When the word came again: “Samuel! Samuel!” Eli had instructed him to wait for God to call again, and then to answer, “Speak, Lord, your servant is listening.”

This story always gives me goosebumps.  It is a beautiful and powerful “call story.” I believe that this is not just a story from the past although it is that.  Samuel was a boy who was chosen even before his birth to speak a word from God that was trustworthy at a time when the word of God was rare.  He will be key to the development of his people.  Samuel was the prophet who anointed Saul to be king, and then anointed David, who would take Israel from a collection of tribes to a nation that possessed the territory it had been promised.

But I think of this also as a story about how God comes in the midst confusion and darkness and speaks, if we are ready to listen.  When was the last time you heard a word from the Lord? Has the word of the Lord been introduced to you?  Has your day or night included time to listen, to rest in God’s presence and wait for a word? Jesus said that we need to have the faith of a child to enter the kingdom of heaven.  I think of Samuel as our model, willing to accept that God is speaking.  I think of God ‘remembering’ Hannah’s deep longing for a son and her willingness to return her first-born to the Lord in gratitude.

These people in these stories don’t just come out of nowhere, selected at random for a word or mission. They come from communities of people formed by Scripture, by story, by prayer and worship.  In the same way that we have been called and invited to be part of a community that is formed by God’s word and God’s way, so have they.  These stories are meant to inspire us and to teach us about how God works to form even us into the People of God as God has formed the People of God in every age.

In our Gospel lesson, Jesus assures Nathaniel that he has already noticed his dedication to his tradition as he sat in prayer under the fig tree.  He promises that he will see heaven open and angels confirming that Jesus is God’s son.  Nathaniel listens, and follows.  Samuel listens and follows.  May that be our story, too.

All are welcome to join us at worship. Sunday Mornings: Worship at 9:30 am with communion every week with the option of also with Zoom. We love to have babies and toddlers at worship, and the wiggles and noise delight us.  Little ones are welcome at Sunday School(not in the summer) if they are … END_OF_DOCUMENT_TOKEN_TO_BE_REPLACED