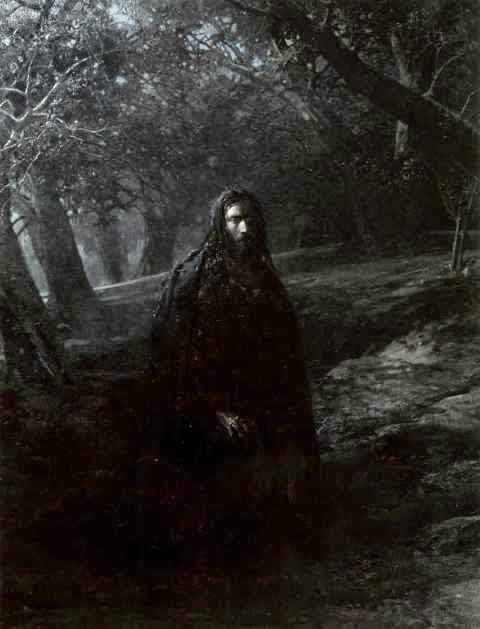 I can just see it, can you?  Jesus and his guys go sweeping out of the synagogue after his confrontation with the evil spirit.  There must have been quite a stir.  And I expect that those guys who were with him had their own little chats as they head down the street to Peter’s house.  There they are confronted with the illness of the woman who was the dowager hostess.  She’s not visible as the wife and family greet the luncheon guests, and so the family explains that she’s been down with a fever.  Jesus casually breaks another boundary by entering her room and taking her by the hand to restore her to her position as elder of the household.  In the same way that he restored the man in the synagogue to his community by releasing him from the grip of the spirits that possessed him, he restores her to her position of dignity in this home.  And a simple touch is enough to heal her.

The word for ‘lifted her up’ is the same word that is translated ‘resurrected’.  So, one commentator commented, this is the first resurrection recorded in Mark’s Gospel.  In another scene from this short reading, we move into the public sphere where Jesus is virtually mobbed by people who come for healing.  The word has gone out into the whole territory, and everyone who has a request for restoration is there jamming the door of Peter’s house, jockeying for position and begging for attention.  A madhouse, I’m sure. But what we hear is that Jesus graciously touches those who need it, preventing the evil spirits from creating chaos.  This passage is typical of Mark’s writing in that it is jam-packed with action, related in a few short sentences.  At the end of the reading, Jesus and his guys are headed out into the towns all around, eager to preach again and to heal and restore all that need it.  He moves with authority and decisiveness, clear about his mission, ready for action.

But what caught my attention is this sentence: “In the morning, while it was still very dark, he got up and went out to a deserted place, and there he prayed.”  This is the well from which Jesus draws the strength and grace for his dynamic public action, his discernment of the spirits, and the courage to walk right past the rigorous religious rules that determine who he can touch.  Any sailors here?  What are the proportions between the depth of the keel and the height of the sails?  I think that is what prayer is for Jesus.  His public and private healing and restoration work need to be balanced by deep time in God’s presence.  It is his own healing and restoration, his own rebuilding of confidence and trust, his silent time to re-center on the work he came to do.

I don’t know about you, but I am easily distracted by what other people need, and I find myself getting crabby when I am surrounded by commotion and neediness.  After being with a bunch of people for a while, I need to just go away.  I don’t listen to music in my house.  I never call people up to chat.  I need home to just be quiet.  I don’t speak for anyone, much less for Jesus, but I cannot imagine what it was like to be with people all the time, especially people who needed something from you so desperately.  I imagine that quiet time, in conversation and communion with God, the source of his strength would be imperative.

So maybe a word about prayer here.  My Grandma gave me a book of prayers when I was confirmed.  They didn’t much talk about any of the things that were on my 14-year-old mind. The idea of a prayer life was pretty foreign to me.  It was not until much later in life, when things began to go awry, that I began to wrestle with what God had in mind for me.  I guess it was mostly in my car that I ended up asking God for help, and expecting that God would somehow answer my anguished questions.  And God did, most of the time. It was later that I challenged myself to set aside time to dwell in God’s presence, not exactly sure what that would be like, but willing to try to set aside the time to open my heart and wait.  I found that taking time each morning to read scripture and open to time alone with God served me well during the most scary and stressful times.  That is my story.  I imagine you have your own.  But I want to encourage you to remember that prayer is not just a long list of petitions and praises, but a time of quiet in which your burdens and gratitude can rise up to God’s heart, like incense, as the psalmist says.  And a time in which you can just rest in God’s presence, waiting to hear the words of love and grace you need to go forward.

If we think of Jesus as mostly God – just kind of covered over with humanity, it is surprising that he would have to go off to pray.  After all, he already is God, right?  But if we recognize that Jesus was fully human, just like us, we recognize that he would need to sit in God’s presence, quiet his heart and mind, and listen for the Spirit’s leading.

It is reported that Luther said that on the days when he had the most on his calendar, he had to get up earlier to pray, or he could not make it through the day.  Mark tells us that Jesus, too, was ready to go out and proclaim and heal and teach after his quiet time in prayer.  So let me ask you: when is the time that you take to sit in God’s presence and open your heart to share and open your ears to listen to the Spirit’s urging?  What have you found to be the best way to ground yourself in God’s blessings and to hear God call you beloved?  When do you need strength for the journey that opens up before you?  If Jesus needs it, don’t we all?

All are welcome to join us at worship. Sunday Mornings: Worship at 9:30 am with communion every week with the option of also with Zoom. We love to have babies and toddlers at worship, and the wiggles and noise delight us.  Little ones are welcome at Sunday School(not in the summer) if they are … END_OF_DOCUMENT_TOKEN_TO_BE_REPLACED